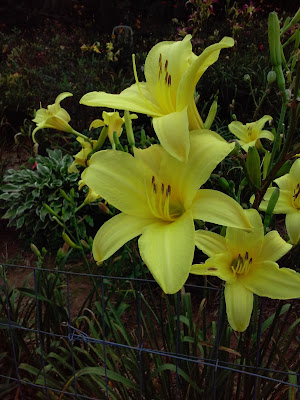 Notify Ground Crew is one of my favorite cultivars from Curt Hanson, and one of my favorite cultivars in general. It is an impressive cultivar that is breathtaking when fully established and in full flower. The scapes are very tall, usually six feet and are well branched. The flowers are true nocturnals and begin to open in the late afternoon, are open all night and close mid-morning/early afternoon. It is especially pretty and useful planted where it can be seen in the late evening. It is very reminiscent of many of the tall yellow species forms and it is only a few generations removed from Hemerocallis citrina. 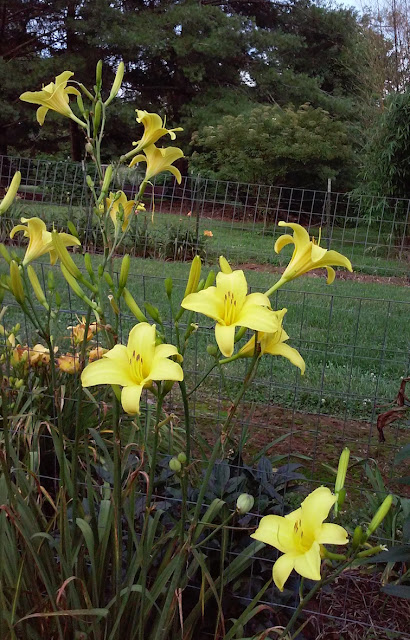 The plant is large and impressive when established and it establishes quickly. It is mostly senescent, but does tend to keep a bit of foliage, as an open, large resting bud, throughout my winters. It can be negatively effected by very late spring freezes once it has begun to show spring growth. I personally consider this cultivar to be something like a “semi-semi-evergreen”, not quite fully ‘dormant’, but it is still a very hardy and useful cultivar and produces some very senescent seedlings that do go into what visually appears to be full dormancy (going completely underground in winter with little to no visible resting bud above ground). In the spring of 2015 I had a very late spring freeze that negatively impacted Notify Ground Crew, resulting in shortening of the scapes (down to about 4’) and some foliage damage. In 2016, with no severe late spring freezes Notify Ground Crew went back to its normal height and attractive foliage. 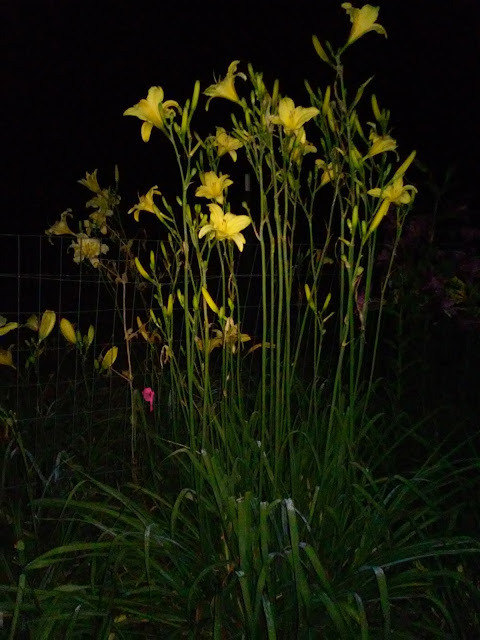 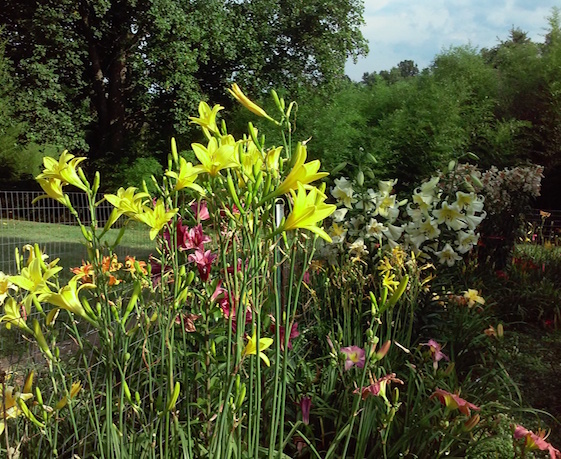 While the first generation (F1) seedlings of Notify Ground Crew aren’t ‘latest-and-greatest’ faces, they are doorways to an expanded gene pool. Just take those F1 seedlings back to fancy faces and cross them with each other. Select toward the faces you want. Another interesting aspect of, and a great use for, Notify Ground Crew as a breeder is to breed tall plants. I have gotten some very tall seedlings from it, even when bred to considerably shorter cultivars. For those that like a simpler style, for tall-and-small or for species-like plant breeding at the tetraploid level, Notify Ground Crew is an excellent base to breed from for these types.

Last, but certainly not least, is Notify Ground Crew’s disease and pest resistance. It shows high resistance to rust and high resistance to thrip/aphid predation and breeding value for both traits in my experience. I have few reports about it in other gardens, but the few I have also are of it showing resistance in those gardens. The best results I have obtained are from crossing Notify Ground Crew to other highly rust resistant cultivars, but I have gotten a few resistant seedlings from using its pollen on far less resistant cultivars. The same has held true for thrip/aphid resistance as well. 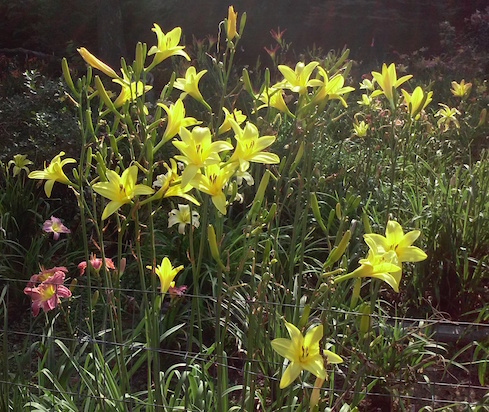