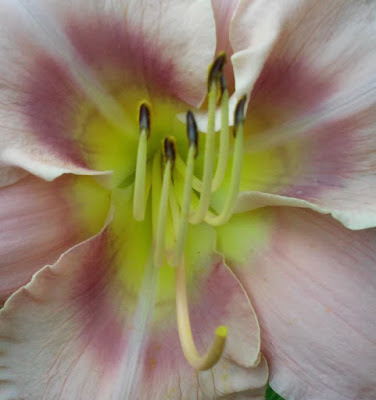 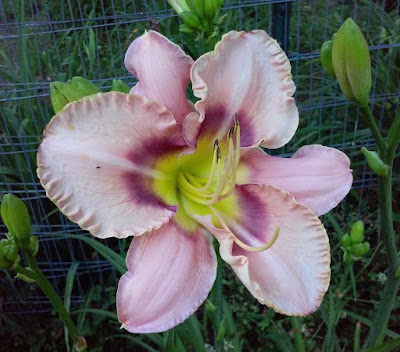 Pacific Rainbow is a very nice, but little-known cultivar from Nate Bremer. It is an incredible plant that increases fast and makes a large clump. The scapes are tall and moderately branched and the flower is large, with clear colors and a beautifully patterned eye above a green throat. Being bred so far north it is very cold hardy, but still flourishes here in zone 6. I have no idea how it will do further south. The plant is senescent with beautiful foliage and shows instant rebloom every year in my garden. 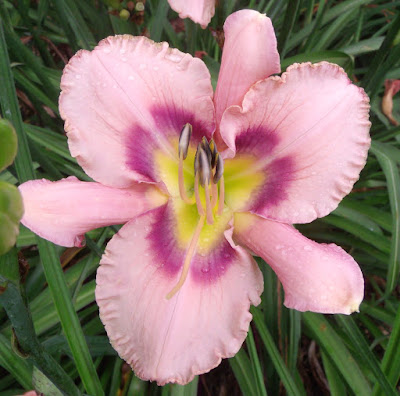 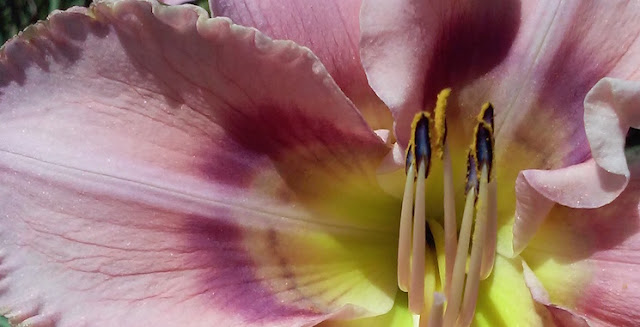 It is a very beautiful garden plant and useful in breeding as well. Far too many patterned cultivars show muddy coloring, but Pacific Rainbow is very clean and clear, very attractive and bold in the landscape. It visually carries from a good distance and then has the striking eye up close. 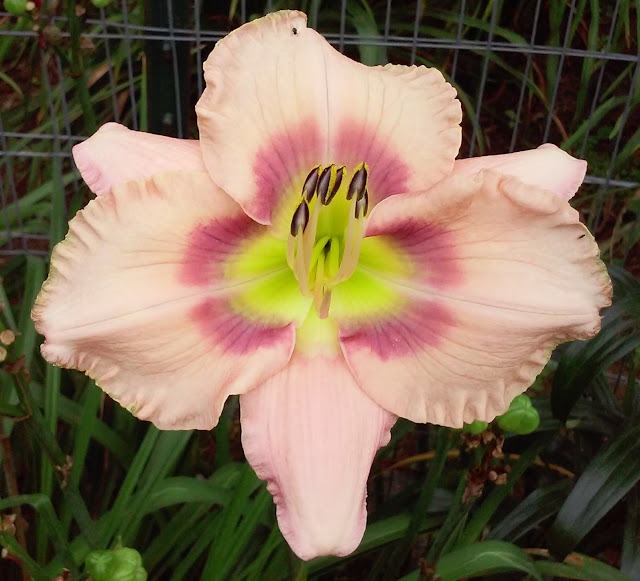 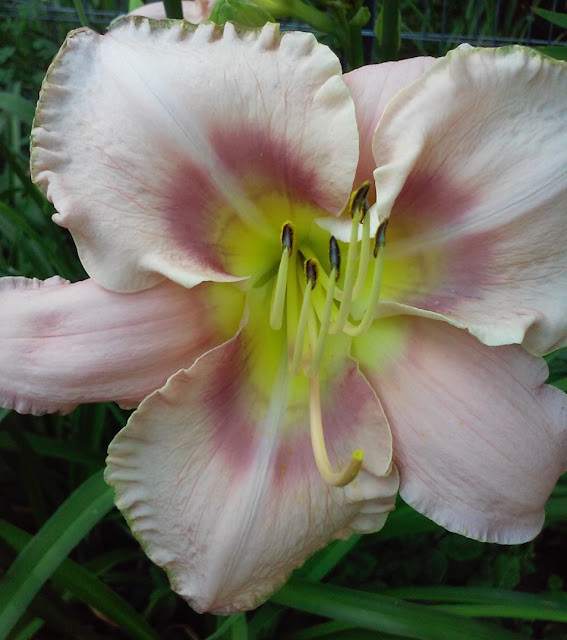 The plant is fertile both ways, with pollen being easier than pods, and pods being easier on the instant rebloom scapes. I have produced copious amounts of seeds on a mature clump in spite of the first round of scapes being difficult to set pods on. Seedlings have been very hardy and with mostly senescent foliage (even when bred with semi-evergreen types). Bred to strong evergreens though, you might not see so many senescent seedlings. 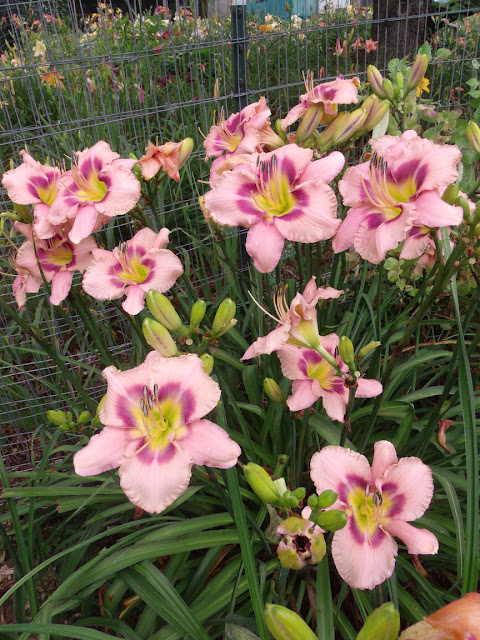 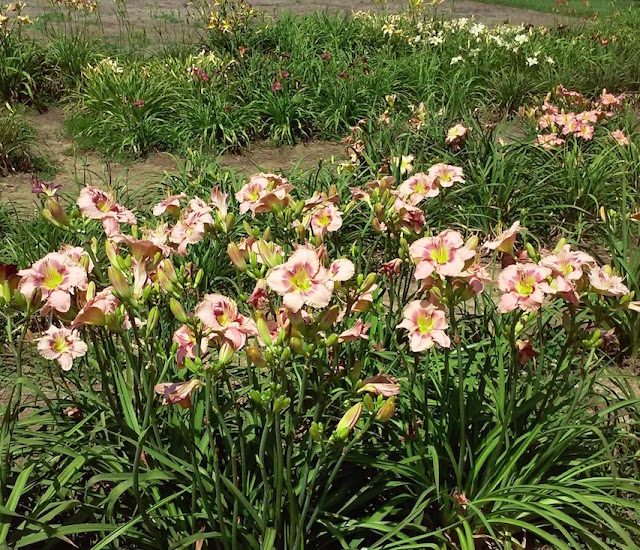 Pacific Rainbow shows moderate rust resistance in my garden. I have no data beyond that from other gardens. I have produced a good number of resistant seedlings when I have bred it with other, more resistant plants. For those working with rust resistance in patterned tetraploids, I think this one can be very valuable, and it is also a valuable garden plant whether you have any interest in rust resistance or not. 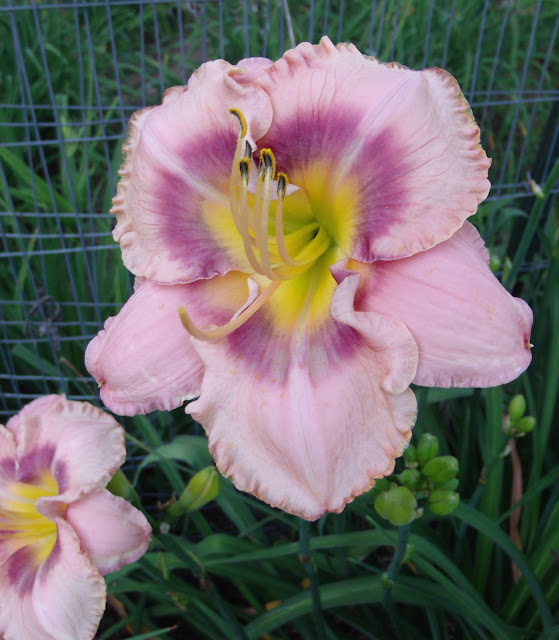 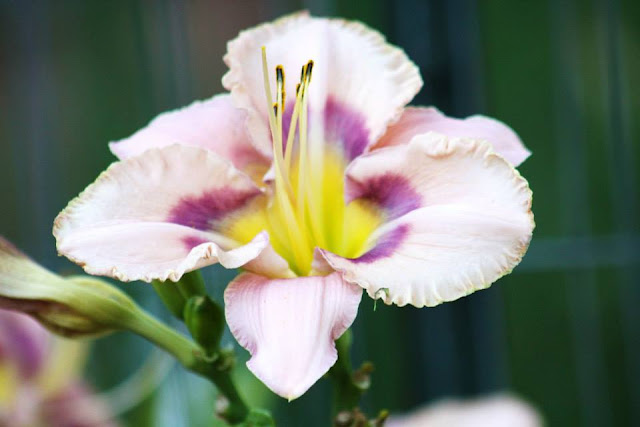