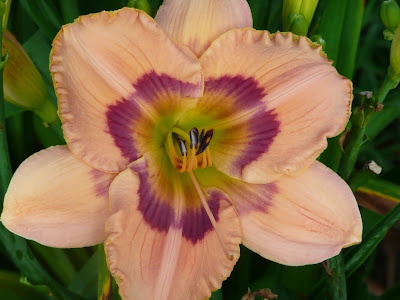 Stare Master is a very nice and useful cultivar. It is beautiful in the garden and it is a very good breeding plant. I think the registration description is understated. I don’t see it as almond, but rather a bright, pastel peach, and the eye, rather than ‘muted’ is a lavender eye above a big green throat that radiates into that lavender eye. The throat and eye create a pattern of rays that is very attractive and very eye-catching. The flower is very pretty. 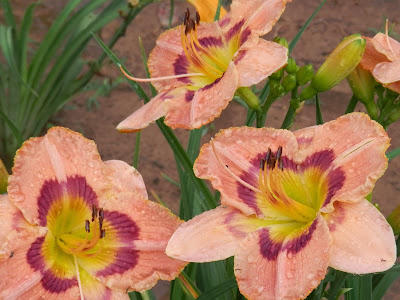 The plant is very nice, attractive and dark green. It is senescent (dormant), going completely underground in my winter - one of only very few that seem to go into that high level of apparent dormancy. It literally vanishes in the winter. It typically emerges later in the season than anything else in my garden and can avoid late freezes for this reason, though it is a bit susceptible to late freezes, if it is above ground when a late freeze happens. The plant has very good roots, large and well anchored and seems to have very good drought tolerance. The plant increases moderately fast and recovers well from division. 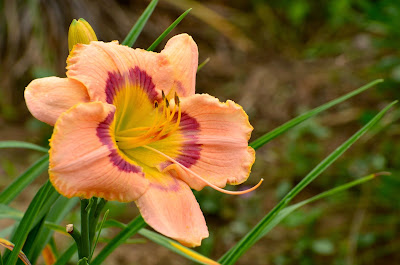 Stare Master has very fertile pollen, but is pod difficult, however, the seedlings I have produced from the few pods I have gotten have been worth the effort. It has consistently shown good to very high rust resistance in my garden. It also has shown good breeding value for rust resistance, especially when crossed to more resistant plants. It has some susceptibility to insect predation, so cross it to plants with higher resistance to insect pests. For more information on Stare Master, click here. The photos featured on this page are by James Spencer. 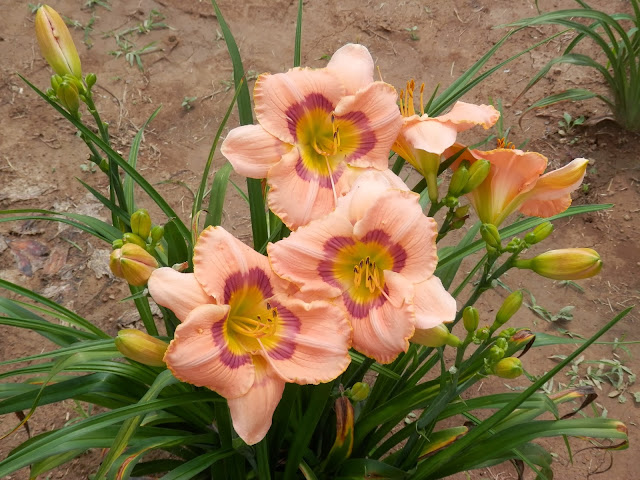