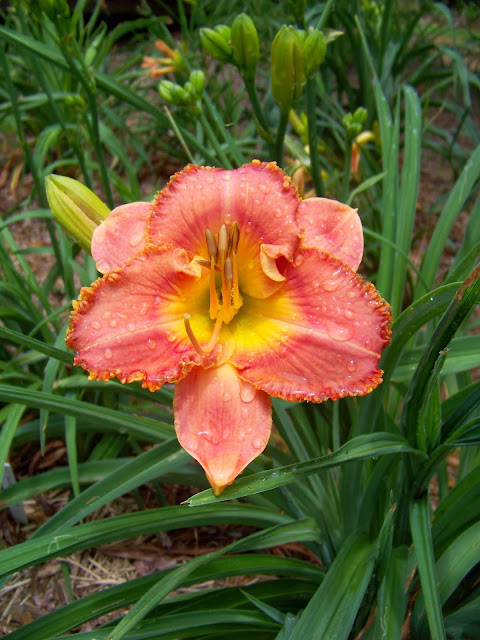 Margueritte Pittard is a lovely flower that was bred in the Erling Grovenstein rust selection program. The flower is an attractive pink with a darker pink band and a gold pie-crust edge that can get a bit pointed, like small teeth, on some flowers. The plant shows evergreen foliage and it is quite attractive and increases quickly. It shows good late freeze tolerance here and is very hardy here, not decreasing in even the harshest winter. 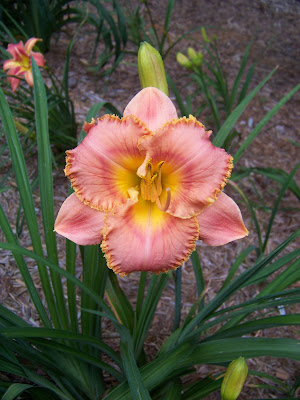 This plant has shown very good rust resistance for me and Mr. Grovenstein listed it as an ‘A’ (his highest rating) in his program. It has shown good breeding ability for rust, especially when combined with other very resistant plants. I have no data on it beyond that from Mr. Grovenstein. I would be surprised if it isn’t hardy at least one zone further north than my garden and I am sure it will flourish in the south, as it was bred in mid Georgia. It is pretty and is useful for breeding fancier faces with rust resistance. 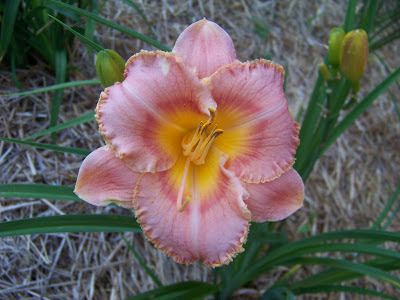 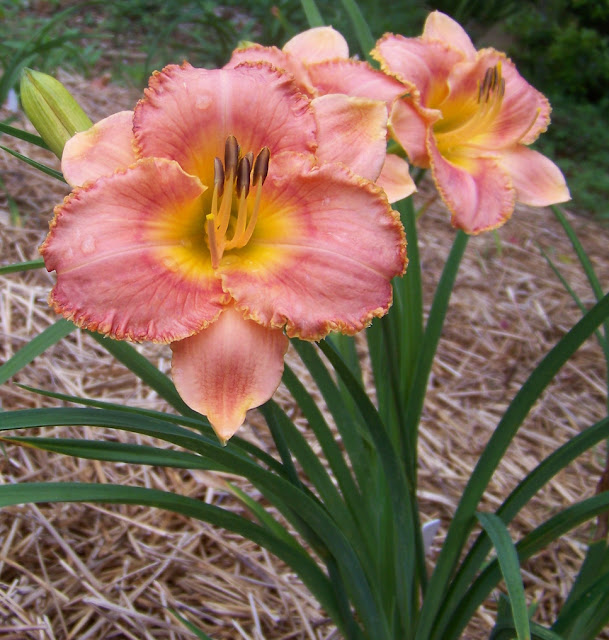