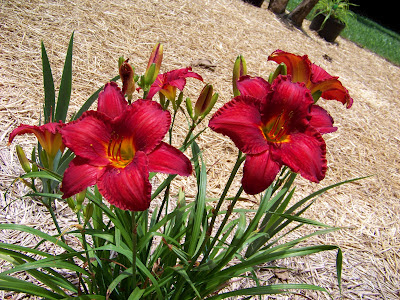 This is a lovely old red tetraploid cultivar. I have grown Chicago Apache since the 1980’s and have found it to be very reliable here in my zone 6 garden. The cultivar tends to bloom later than midseason here and the flowers remain in good shape here until the end of the day, though I have a report from the midwest of the flowers melting and browning in the heat of the day. This doesn’t happen here, or with others on the east coast I have spoken with about this cultivar.


The plant is a good grower and a fast increaser but the foliage is not always the most beautiful, though it is not unattractive. When paired with partners with beautiful foliage, there will be seedlings with great foliage, in my experience. While Chicago Apache shows only moderate branching, it can throw seedlings with very good branching and I have produced some seedlings that show rebloom from it. The plant is a senescent (dormant) cultivar, but it does tend to have a large, open resting bud through the winter here and that resting bud can receive some frost damage when active growth begins in the spring and late freezes occur. 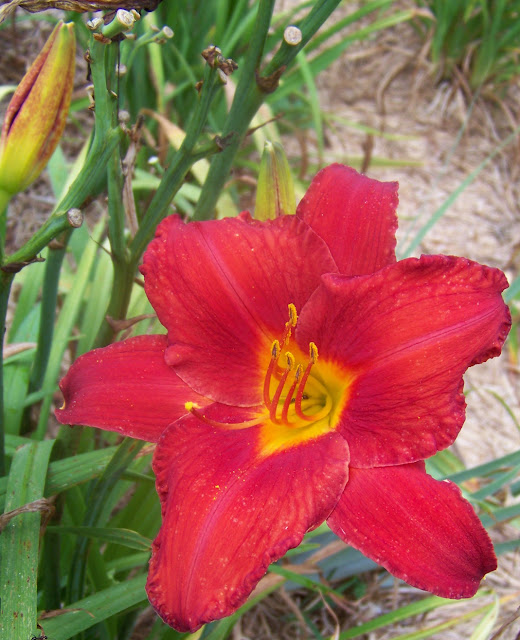 Chicago Apache shows high rust resistance in my garden and I have many reports of it showing high rust resistance in many other gardens around the country. It has been tested in several university studies, including the Buck paper from 2013 and has shown high rust resistance in those tests. However, I have also received anecdotal reports of Chicago Apache showing some rust in a few gardens in the deep south, where it does not seem to flourish. This seems to be a recurring theme with some rust resistant, ‘dormant’ cultivars when grown in the deep south - the plants do not flourish and so seem to be much more susceptible to rust in that less-than-ideal environment. However, several of those reports from the deep south also indicate that in spite of the poor growth it shows there and the rust is develops, it does breed much better seedlings for that environment when bred with plants that flourish in the south and also show at least moderate rust resistance. 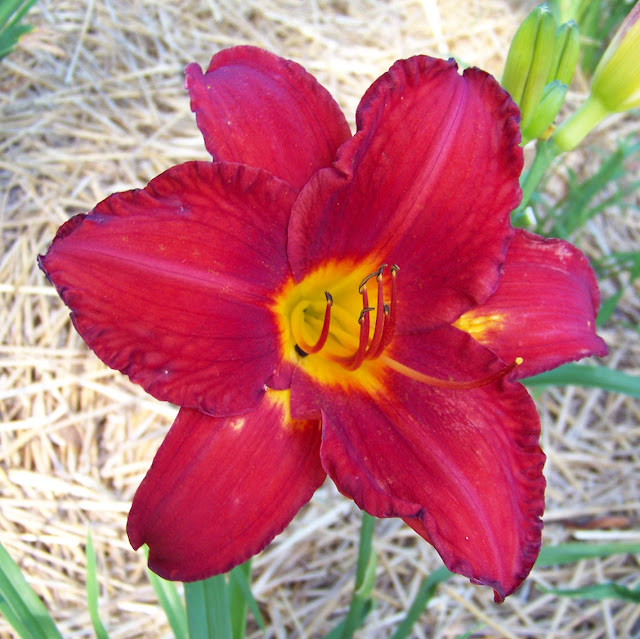 Chicago Apache has shown very good breeding value for rust resistance in my breeding program and I now have multiple generations that descend from the first few crosses I made with it. In spite of that, I still use Chicago Apache and have found it to be an excellent parent for crossing to less resistant cultivars in order to salvage their good traits onto a more resistant plant.


Chicago Apache is in my experience both a good garden plant and a good breeder. It is especially stunning in a mass planting where it graces the mid-late garden with its many bright, cheery flowers. I highly recommend it for both gardens and for use in breeding programs, especially when there is an interest in breeding for rust resistance.