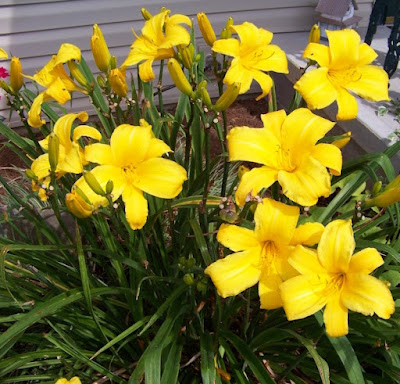 Buttered Popcorn is one of those old cultivars like Stella De Oro - so ubiquitous that no one seems to ever really consider it. North Carolina alone must have a billion fans of this one planted along its interstate system. Surprisingly though, in spite of many good traits, it has very few registered offspring.


Buttered Popcorn is a hardy senescent (dormant) tetraploid that has large numbers of bright golden yellow flowers and tends to rebloom here most years, especially with a little extra water. The plant is large and the foliage is pretty. It establishes quickly after division but will remain as a large clump for a long time without being divided. It is lovely in the garden and a reliable splash of color in the mid late through late season (and in a year when it reblooms, it can go until fall). 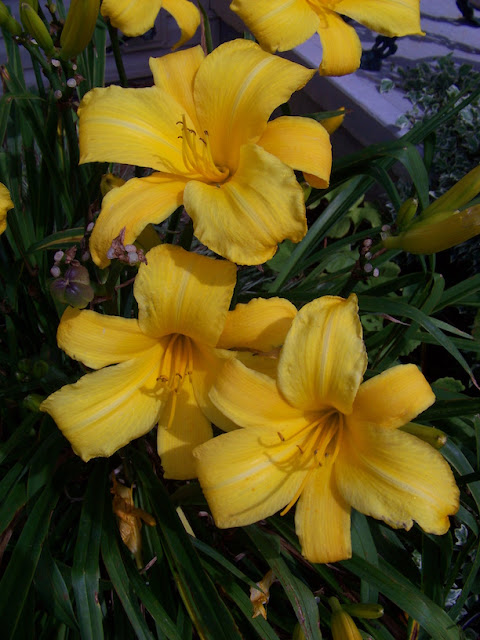 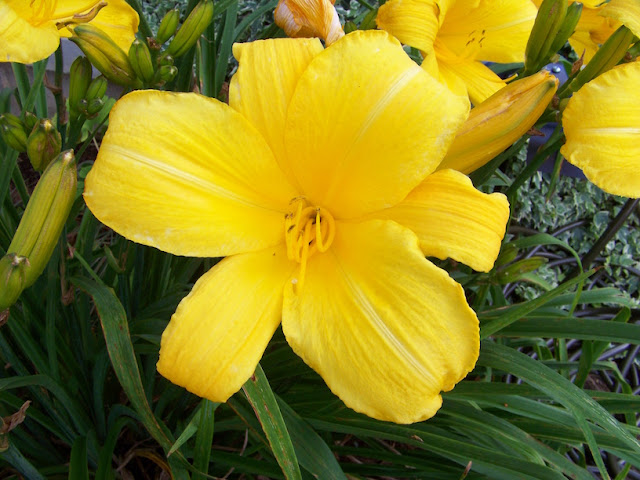