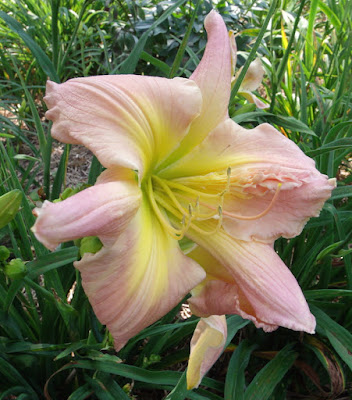 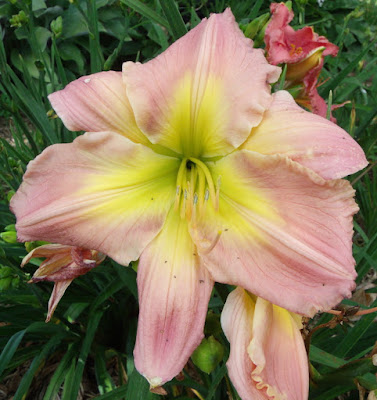 Bee's Bettie Sue can be an extremely beautiful flower, but I have to be honest and state that I have very mixed feelings about this cultivar. While beautiful, it has some problems that I think must be considered if you want to attempt to breed with it.

First, the good points - the color is a very clear pink, the throat is large with nice green and chartreuse to yellow radiating far out onto the petals. The form is often quite flat and textural. It shows rebloom for me, both instant rebloom and late season rebloom. At its best, it is very similar to Ida Mae Norris. The best trait is has, to me, and the one that has made me decide to go ahead and offer my stock of it to others, is that it is extremely rust resistant. Both of its parents (Joan Senior and Barbara Mitchell) show rust resistance, and this kid must have gotten it from both, and for me it is more resistant than either parent. The plant is vigorous and shows fast increase for me and has been very hardy in my zone 6/7 winters, though it does emerge fairly early in the spring here and regularly sustains late freeze damage in my garden that probably also causes problems with the first round of scapes. The foliage can be a pretty tone of green, though late freezes can cause damage to it. 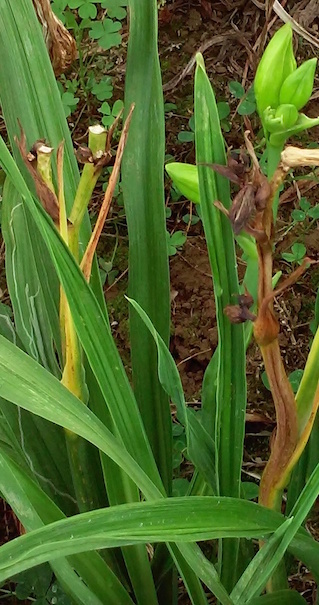 Now the 'less good' points - It is extremely thrip susceptible in my garden and the first round of scapes are early-mid in my test garden when thrips are at their peak. The picture above shows severe damage from thrips in my test garden. You can see that the early scapes have been completely destroyed. The test garden is never sprayed so I can observe susceptibility and resistance levels, unlike my grow-out field which is sprayed to ensure I don't send out pests (as are cleaned divisions before they are shipped). The instant rebloom scape in the above picture is not nearly as damaged as the early, initial scapes, and this is its typical behavior for me. All the pictures on this page are from instant rebloom scapes, as I have never had a flower good enough to photograph on the first round of scapes, when I even have any scapes survive from that round. In a sprayed garden, a garden where there are no thrips or in a warmer climate without the insect pests, I suspect this cultivar will be fine, but you should know about this problem if you plan to grow or use it. I feel responsible to tell my actual experiences with any plant I offer at any time. 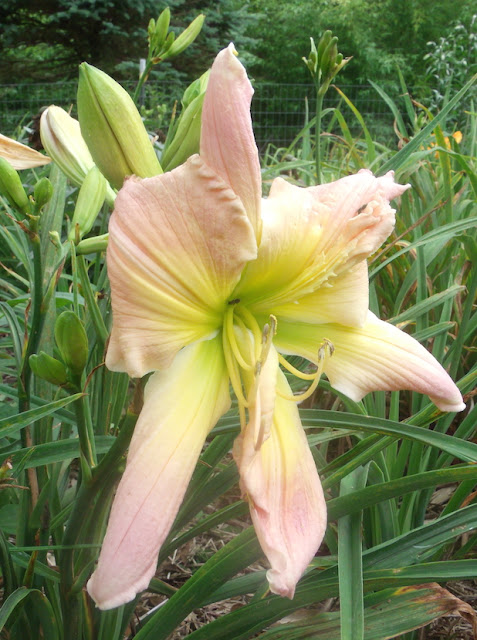 Another 'less good' point is the fertility issues. The pollen is extremely poor, pale and weak. I have never gotten a pod to set from using its pollen, but others have told me that they have gotten a pod or two if they really persist with it. As well, it is not extremely pod fertile for me either, though it will set a pod here and there. In the few seedlings I raised from this one, I saw the poor pollen and thrip susceptibility way too often to feel comfortable with using it and eliminated all its seedlings from my program, then moved it out of the hybridizing garden. I did see good rust resistance in those seedlings though. 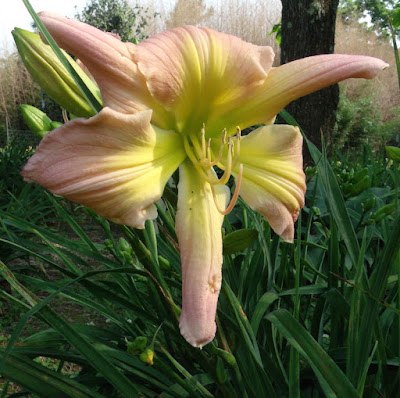 Now look at this picture above. The flower can be stunning and it was not easy for me to decide not to use it, nor do I like mentioning its 'less good' traits, but if I am offering it, I want you to know what you may be in store for. At best, Bee's Bettie Sue is a salvage project in terms of breeding, and while I will occasionally work with a salvage project, when you start adding multiple traits that have to be corrected, the project becomes extremely difficult and the chances of not at least passing along those problems very small. As Bee's Bettie Sue is a kid of Barbara Mitchell, which shares many of the traits that are desirable, such as the flat form and occasional cristation, I would recommend going back to Barbara Mitchell rather than using its more problematic child. 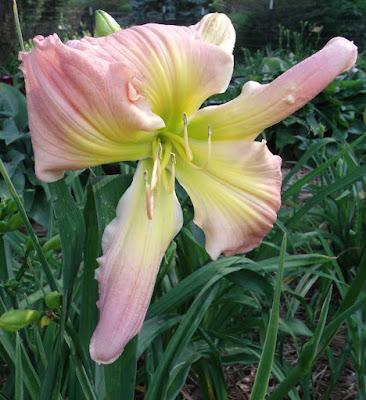 I actually love the look of the flower above, even though it lacks symmetry, but even on this rebloom flower, you can see some enations on the right sepal, even late in the season. Again, the picture below shows the same thing, with the late season rebloom flower showing thrip damage on the sepals and even on the petals. In my garden, cristation is rare and inconsistent on this cultivar, and very little more frequent than I see on Barbara Mitchell. I have raised a large number of seedlings from both Joan Senior and Barbara Mitchell and have seen the problems that Bee's Bettie Sue shows in my garden amongst those seedlings, but not all rolled into one plant. With that said, though, I can see why this flower was introduced, as it is stunning when good. If there were no other flat cultivars, or other cultivars showing it interesting and good traits such as rust resistance or clear, clean color, I would definitely use this one for breeding, but with other choices for all its good traits, I couldn't see taking the risk of passing its 'less good' traits on into my program. My best recommendation for this one is as a display plant in a protected location, either sprayed for insect pests or in gardens that do not have such pests. 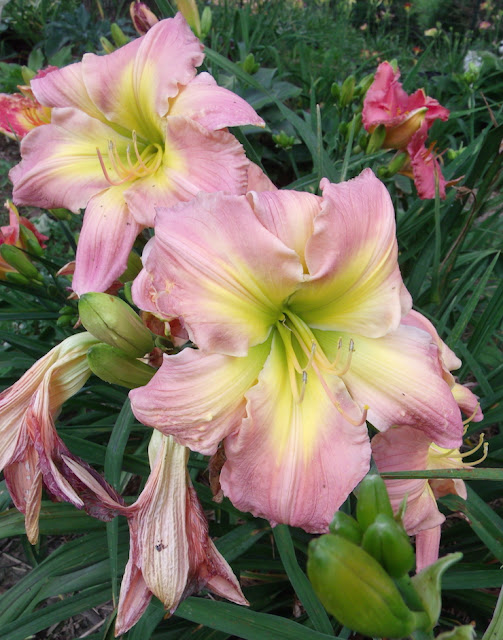