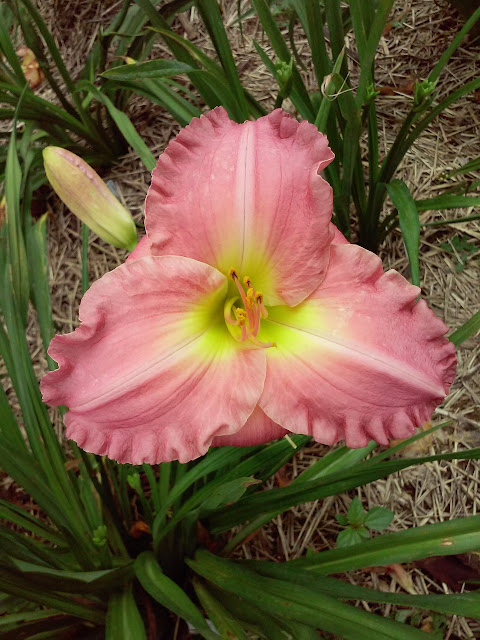 Trade-last is the pod parent of Hush Little Baby and is an equally fine flower and in some ways a better plant than its more well-known offspring. I don't know the story of its name, but I do know that it has been observed to have high rust resistance in many gardens. It was rated in the 2001 screening of the Arkansas Rust Rating survey as a 1 (Very Resistant). I have never observed rust on Trade-last, but it may show some rust in more southern locations.

Trade-last shows a nice plant with generally pretty foliage of medium/dark green. The flower is a lighter, baby pink as compared to the darker pink of Hush Little Baby. The ruffling is very nice and it passes to many of the offspring, as does the apparent rust resistance. It is very pod fertile and tends to put up rebloom scapes while the first round of scapes are blooming. 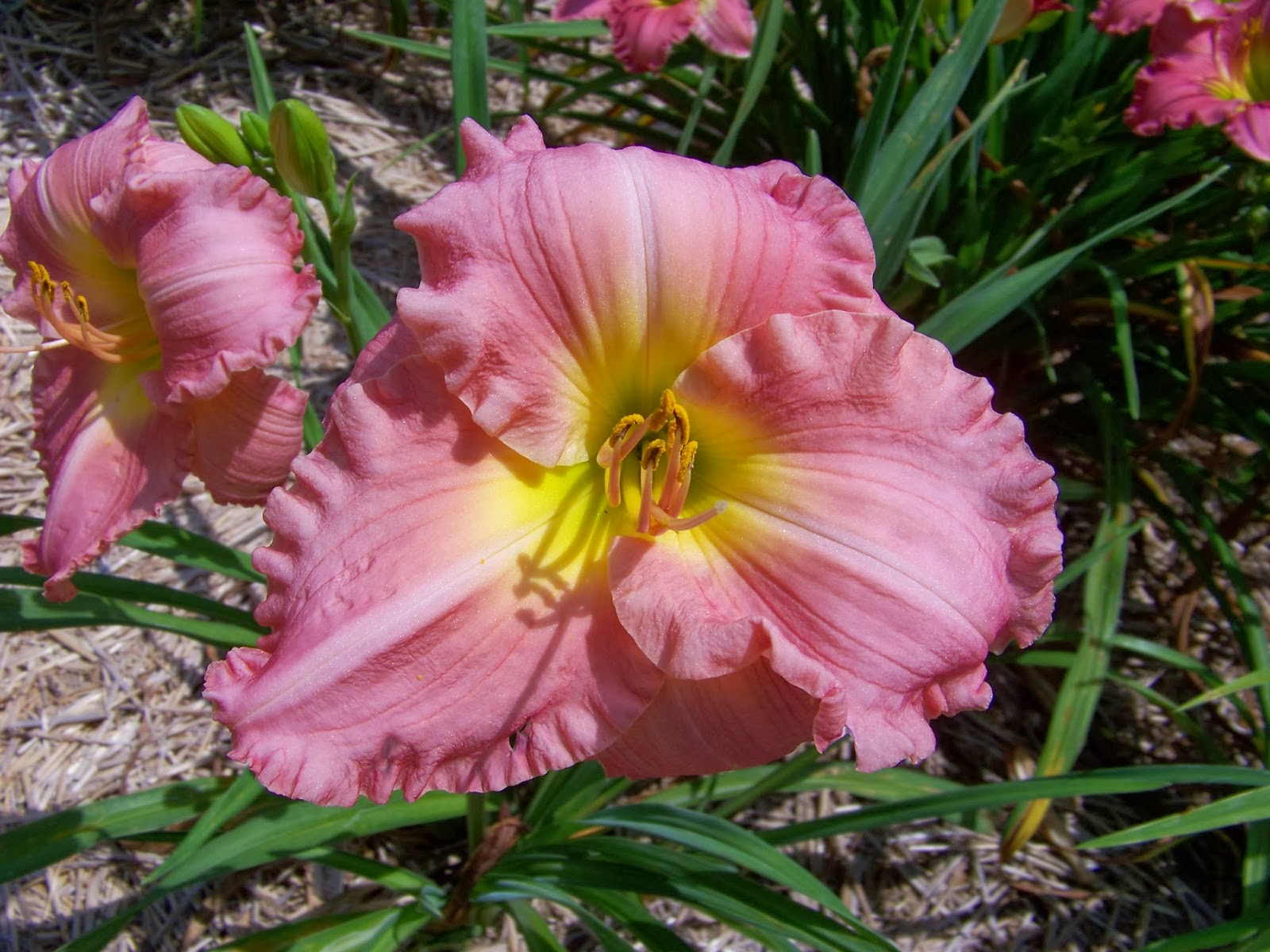 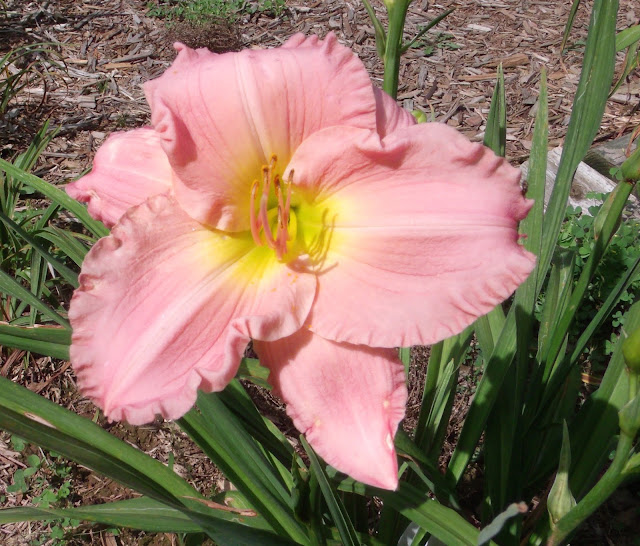