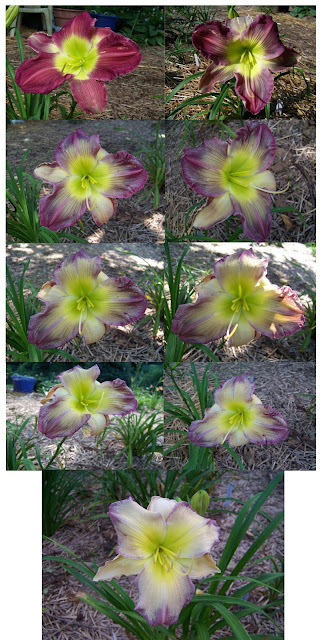 Pigment of Imagination is a flower showing amazing coloring, and a remarkable process of color changing through the day. It is a truly exceptional color combination at every stage of the day, the closest thing to a true blue I have seen in any current introductions, though I am sure there will be even more amazing things to come out of Pigment of Imagination. 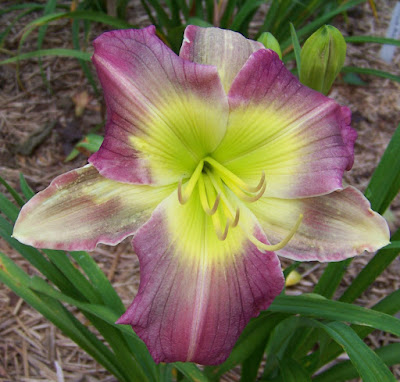 Pigment is a registered “dormant”, but it is not fully senescent here, keeping some foliage above ground and behaving more like a partial semi-evergreen. The plant can be fussy for me, being negatively effected by late spring freezes and showing susceptibility to thrip/aphid predation. I have found that Pigment needs to be divided every two to three years in my garden to stay in good condition. If it is left too long without division, it begins to dwindle with the fans reducing in size and number, for me. The foliage can be attractive if a lot of care is given to it - water frequently, no late freezes, sprayed for insects, lots of fertilize, amended soil. Without that, in average garden conditions, it can show unattractive foliage. 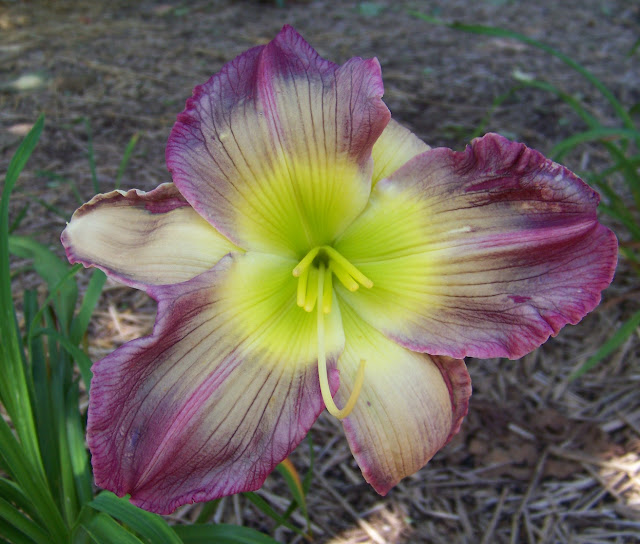 With that said, I still think Pigment of Imagination is a very important breeding plant - you just have to be careful about what you breed it with and what you will tolerate in its seedlings. I fear that the focus for most people using it will be the flower and its lesser traits will get passes along whole cloth. Its pollen parent, Substantial Evidence, is a strong plant that does not show most of the problems I have seen in Pigment, however, Big Apple, the pod parent, does show many of these problems in my garden and is a weak grower. So rather than consider Pigment of Imagination to be a loss due to its lesser traits, I consider it to have a 50% chance of producing good plants due to the good traits I have seen in Substantial Evidence. 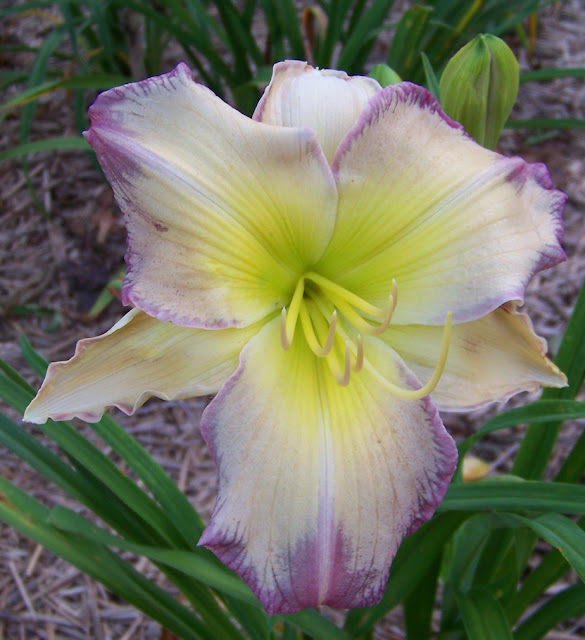 Pigment of Imagination is fertile both ways and can produce seedlings much better than itself. Pigment also shows moderate rust resistance, more in some years than other. I don’t know if that reflects variable resistance to different strains of rust or if it reflects environmental variables or both. It passes resistance to some of its offspring, and is best for rust resistance when bred to things more resistant than Pigment. 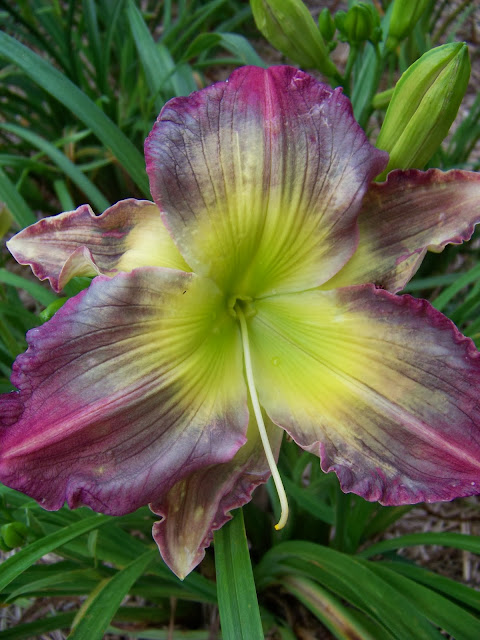 I encourage people to use Pigment, to work on passing that amazing flower coloring onto better plants. Breed Pigment onto things much stronger than it is, things with great vigor and a great plant. Don’t worry if you get the ultimate blue flower in the first generation and don’t feel that you have to breed it to only one color or type. You can breed it to things other than purple. Look at its parents. Neither of them are purple.

I have raised literally tens of thousands of seedlings from Pigment. My observation is that the color/color changing is likely recessive. If you link it up with something carrying the right genes, you will get color/color changing as in Pigment in the first generation seedlings, but you will also get blue color/color changing in the second generation by crossing the best seedlings together, regardless of what color they are. Focus on an excellent plant. We need the flower traits of Pigment on many, many plants. We need them to be great plants too. I think this flower color/color changing could draw a lot of renewed interest to the daylily by many gardeners, but not if they are not also great plants that look good and are easy to grow, as we promote the daylily to be. Weak plants don’t make most people want to come back for more. We breeders have to work where the breaks occur, but we should always seek to improve the plant as we seek to perpetuate those breaks. 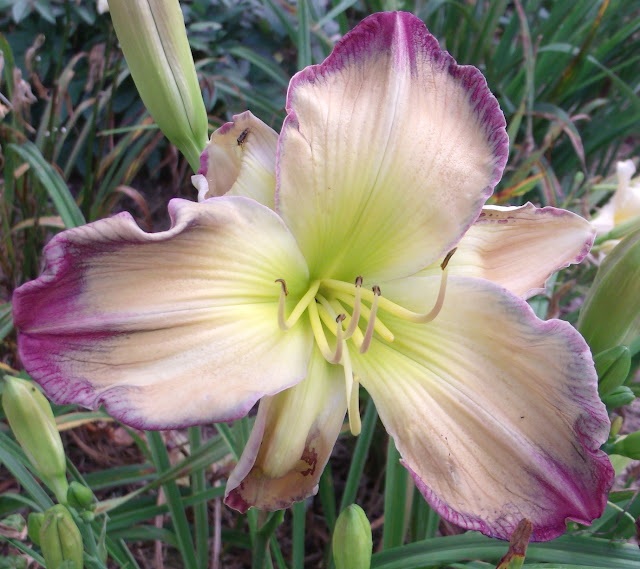