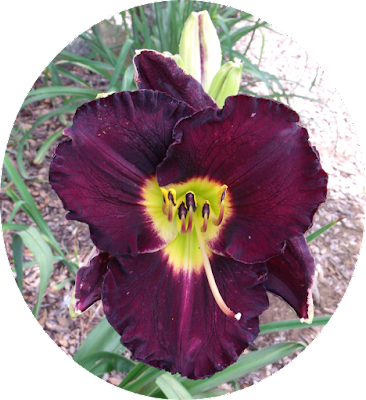 Paint It Black is a tetra Grand Masterpiece seedling. The foliage is registered as “dormant", but the plant is not fully senescent here in my zone 6 garden, keeping some foliage throughout all but the harshest winters, and the foliage is quite susceptible to late spring freezes. I consider it a "semi-dormant" in my garden. The flower is a pretty color, not really purple in my garden, but more of a black burgundy tone, but still very nice. The flower doesn’t open very well on cool mornings here and the sepals are often poorly formed as is also the case with the pollen parent Grand Masterpiece. 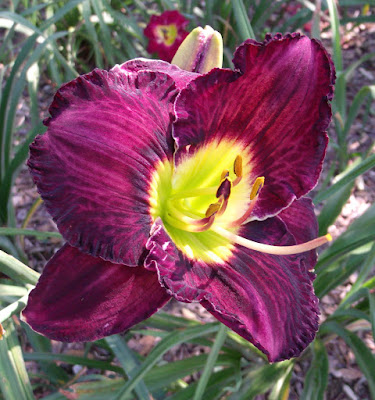 The plant is a moderate increaser, taking two to three years to settle in and give first-bloom in my garden. The pollen is fertile, but I have only gotten one pod on it in three years. It has moderate susceptibility to thrip/aphid predation, but marvelous saturation of anthocyanin(s) and wonderful rain resistance. On the days when it shows at its best, it is very pretty. 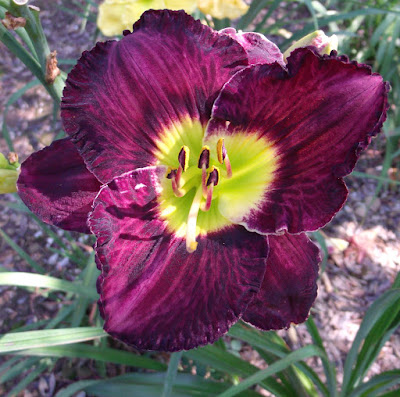 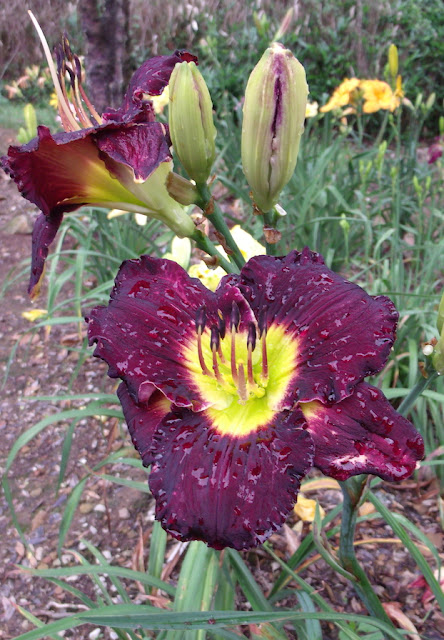 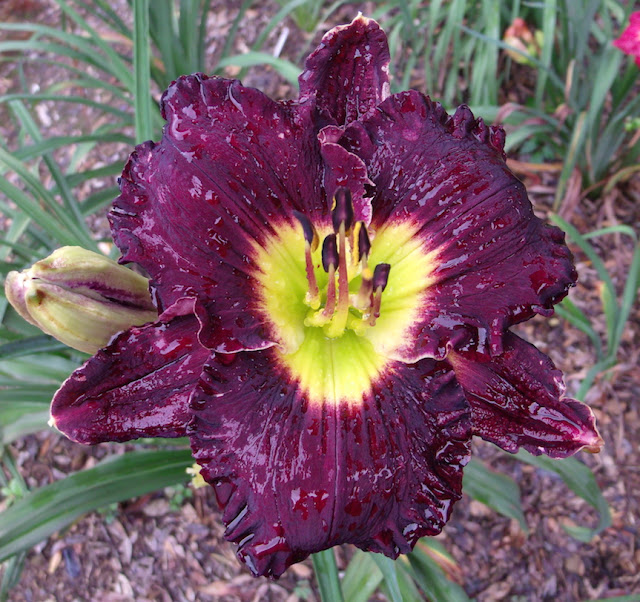