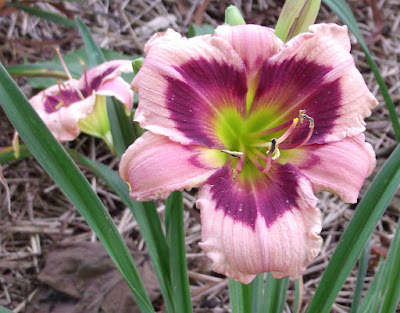 This small cultivar is a beauty. Mardi Gras Parade is a miniature flower with a big impact. It shows a beautiful, complex eye and a very green throat that stays green till the end of the day in my garden. The colors are nice and the plant is attractive. The eye is very distinct and beautifully shaped. The scapes are abundant and well-branched, much more so than many miniature plants. The foliage is senescent (dormant) and the plant looks good in the garden and is a useful breeder. 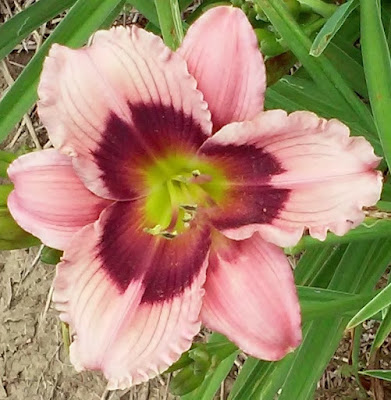 Mardi Gras Parade is very rust resistant. I have found it to be consistently highly resistant here and it has featured in several rust screening tests including the Buck 2013 paper, where it was found to be the most consistently resistant cultivar in that study when exposed to over a dozen different accessions of rust. I have produced resistant seedlings from it in good number, especially when bred to other very resistant cultivars, and it has shown use for me in crossing with less resistant cultivars to produce some resistant seedlings. I have no data on how far south Mardi Gras Parade survives, but I have reports of it surviving in the far north into parts of Canada. When bred to plants with more strongly patterned flowers, it can produce some exciting patterns and is a good base for developing rust resistant patterned diploids. 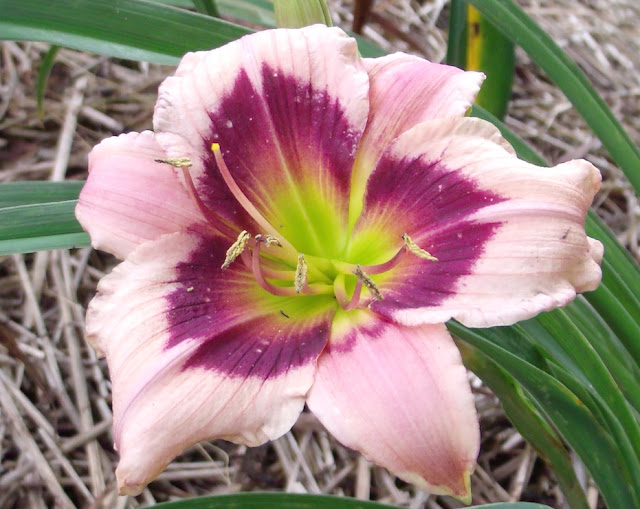