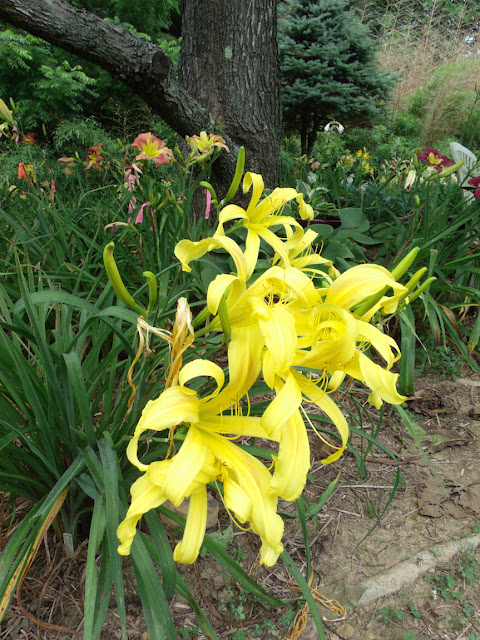 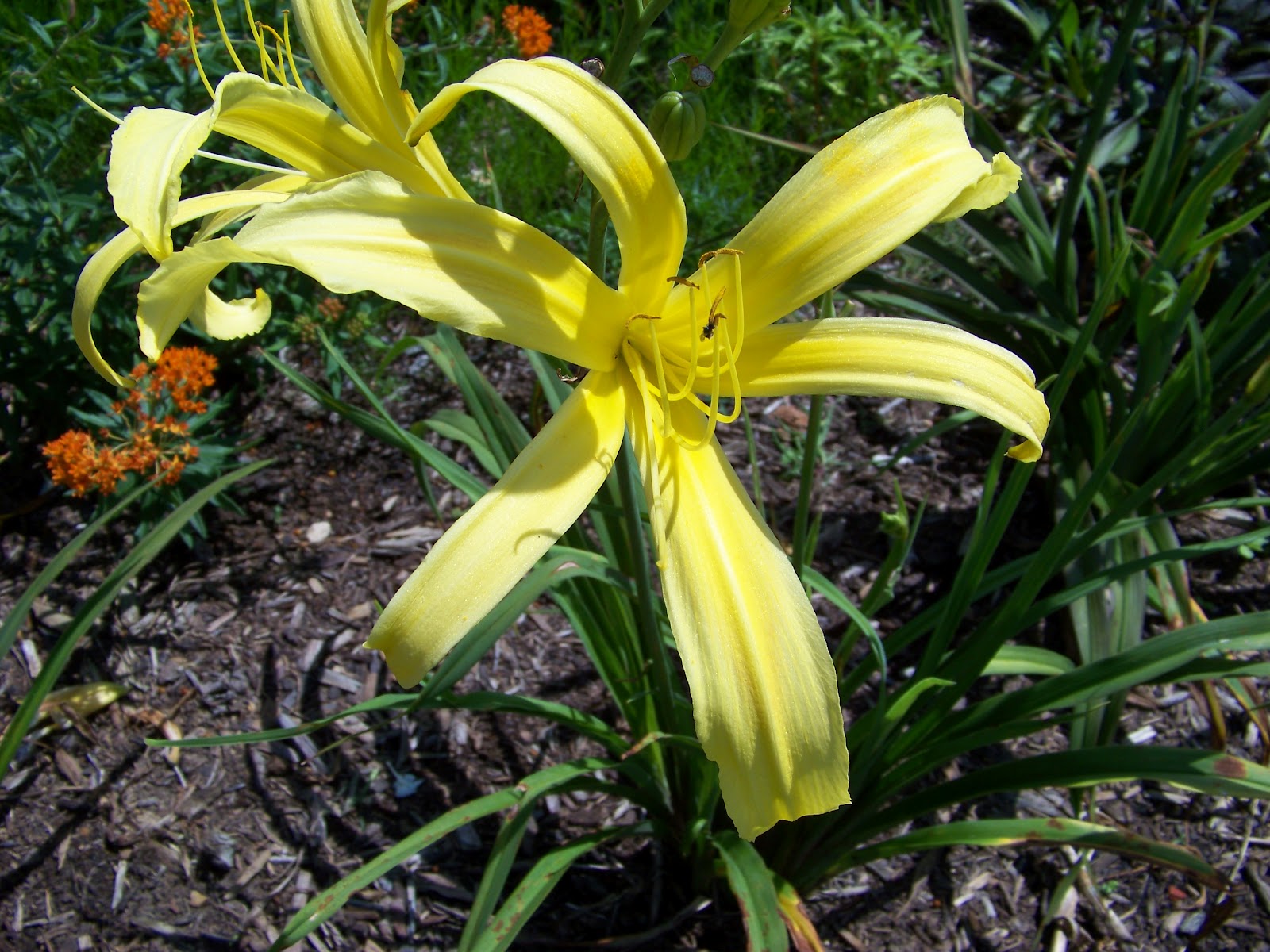 A wonderful old cultivar, the first major spider cultivar. Hardy with senescent (dormant) foliage, going only partially underground in winter and showing moderate frost tolerance in late spring in my zone 6 garden. The scapes lean, but are only of moderate height at 29" and so don't look messy. The leaning scapes actually work nicely with the height and the cascading flowers, making a pleasing display as you can see in the clump shots. Branching is poor, bud count is low and foliage can be unattractive at times, being typical rangy spider-foliage, though a little care goes a long way. In spite of those faults, it breeds spider flowers and it can throw better branching, bud count and foliage than it shows, when paired well.

I see variability with seed set between various accessions, with some setting seeds well and others not setting pods but having very good pollen. All have shown rust resistance through five consecutive years of test screening. I have never seen rust on any clumps that we grow. It shows breeding value for rust with some seedlings showing resistance in my seedling beds. I have heard from many people in rust zones that Kindly Light shows variable but high resistance, with no reports of severe susceptibility. According to several anecdotal reports, it seems to show less vigor and more rust susceptibility in the deep south (Zones 9 to 10), as with many "dormant" types. I have reports of it thriving in zones 5 and surviving in zone 4. It thrives here in zone 6 with our very variable and often wildly oscillating winter conditions. 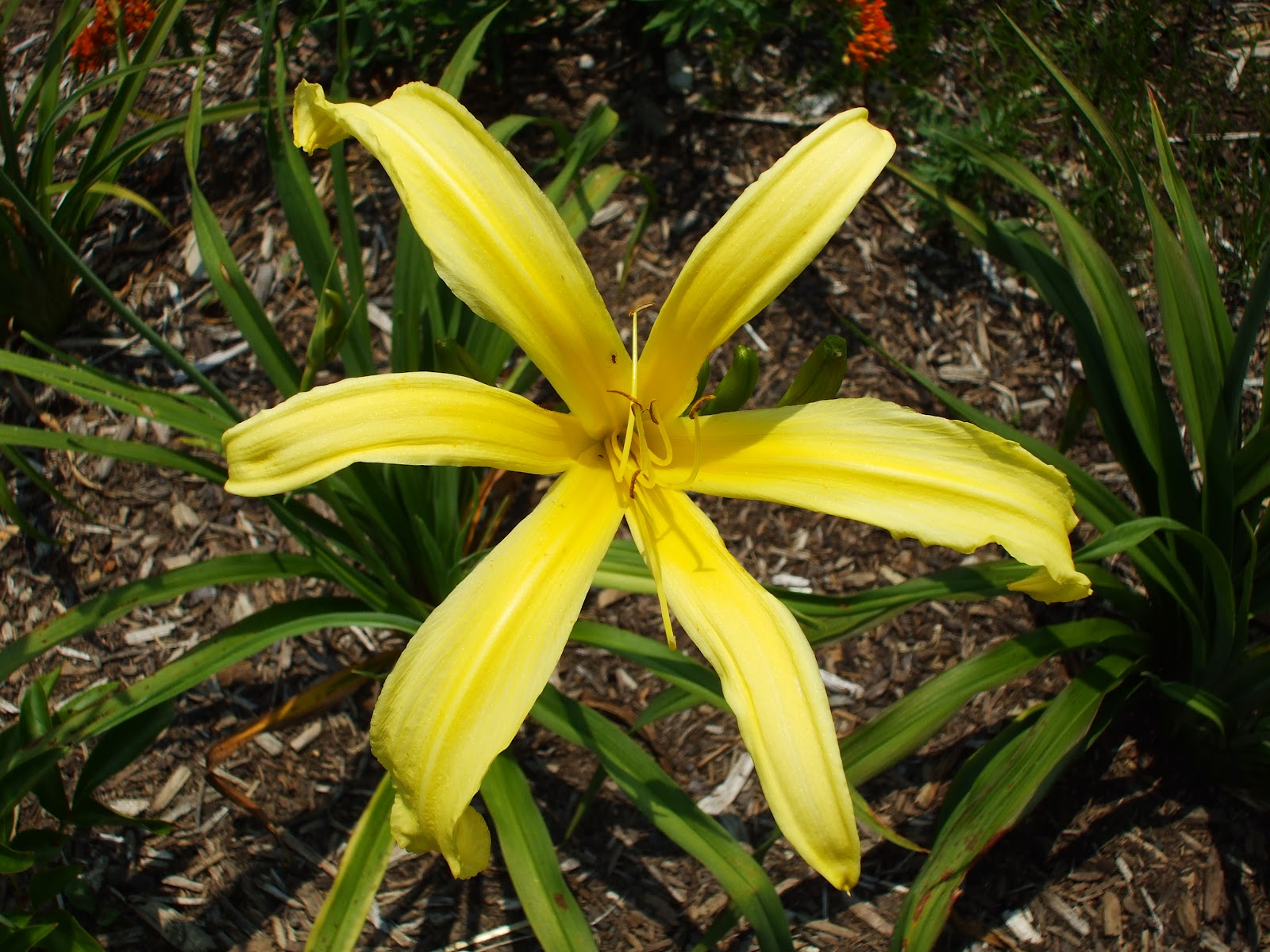 There are said to be several similar clones all sold under the name 'Kindly Light'. Apparently Bechtel released a few seedlings under this name. Apparently these were all from the same line of breeding and the main differences seen between them is absence/presence of an eyezone and pod fertility/sterility. There is some interesting commentary on this in the new AHS publication The Open Form Daylily: Spiders, Unusual Forms and Other "Exotics".

Kindly Light is a fantastic historic true spider that is still valuable today as a garden flower and as a breeding plant, both for infusing narrowness and cascade into less narrow spider lines and for imparting rust resistance into spider lines. 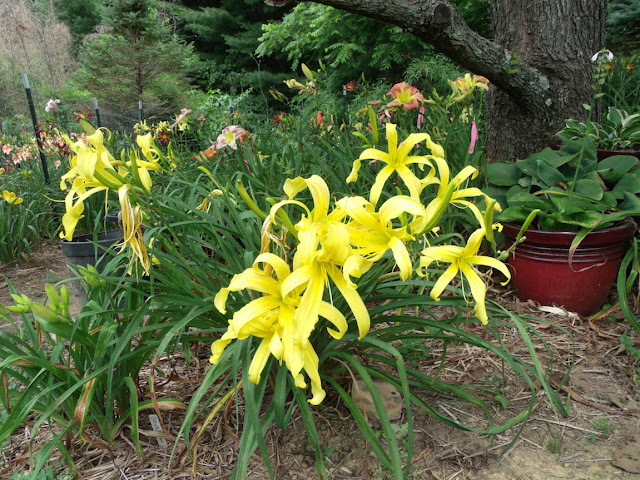