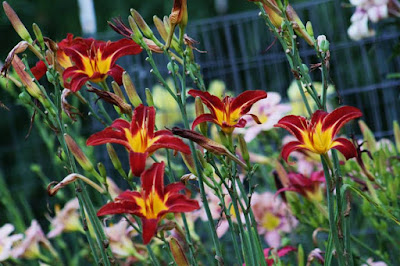 Implausibility is a very interesting, lovely and useful cultivar. With Ed Murray as the pollen parent, it is a very nice shade of bright red. It has tall scapes emerging from a huge plant. The massive fans are some of the largest in my garden. While it is said to spread by runners in some situations, it has never spread more than a few inches from the clump in my garden. I wanted it to spread, so it didn’t. If you want it not to spread, it probably will :-) I do have reports of it spreading some by runners in other gardens. 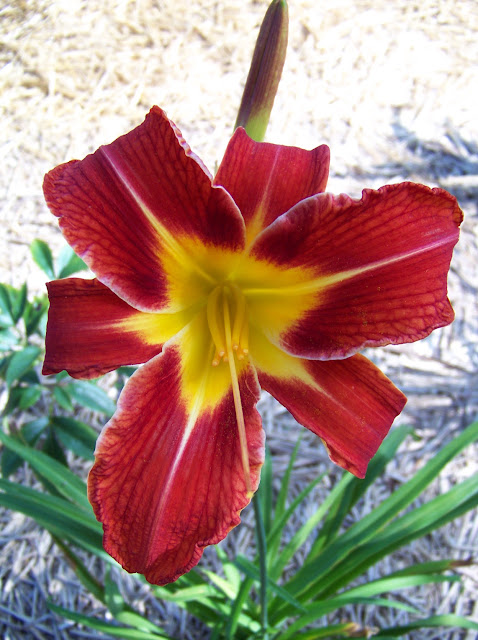 The ancestry of Implausibility is very interesting. Its pod parent is Hemerocallis fulva ‘Europa’ (the ubiquitous ditch lily) while its pollen parent is Ed Murray. Nick Chase registered it as a tetraploid. I have never had it tested, but it does set seeds both ways with tetraploids and it is very fertile both ways with tetraploids. I suspect it is a tet, but who knows? It could be a triploid or a tetraploid. Nick Chase felt it was a 2N gamete from ‘Europa’ that combined with an unreduced 2N gamete from Ed Murray that produced a 4N tetraploid offspring. Ed Murray has been known to produce unreduced gametes, but there were also tetraploid conversions conversions made of Ed Murray, so it is hard to say exactly what happened. Here is the description Nick Chase made for it, “First natural tetraploid, produced from diploid pollen producing unreduced gametes over the triploid H. f. Europa.” Regardless of exactly what it is or exactly how it came about, it is a very interesting plant that is gorgeous and produces seeds when bred with tetraploids, offering a direct source of H. fulva ‘Europa’ genetics at the tetraploid level. 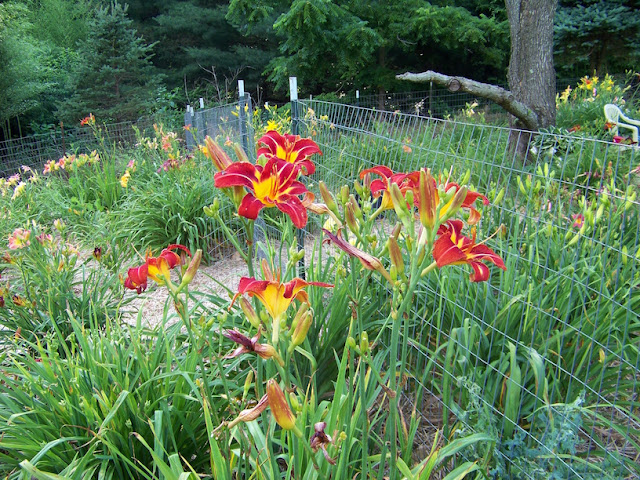 Implausibility is also very resistant to rust in most years here. The only year that I saw any rust on it was in 2016, when it showed a low quantity of pustules late in the year. However, it is apparently one of those senescent (dormant) types that does not flourish in the deep south and I have reports of it showing fairly heavy rust there and not surviving for any significant amount of time. This may seem odd, as ‘Europa’ survives well in Florida, but perhaps Ed Murray is not capable of surviving in the deep south. Regardless, I have no reports of it doing well in the deep south, but I have many reports of it doing well in the north.

I have done numerous crosses with Implausibility and produced large numbers of seedlings. Some of the largest plants I have ever grown have come from it. The seedlings are fairly primitive looking for the flower traits, but in the second generation I am seeing much more advanced flower traits. Many of the F1 seedlings are very resistant, especially when Implausibility is crossed to cultivars with very high rust resistance. Implausibility does show susceptibility to thrip/aphid predation when they are present in large numbers. Seedlings can be far less susceptible when Implausibility is crossed with more thrip/aphid resistant cultivars.
Posted by Brian Reeder at 12:18 AM