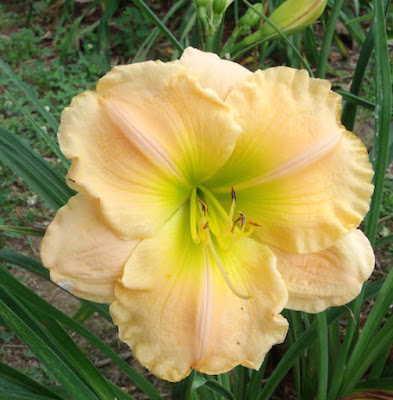 The beautiful flower of Gleber’s Top Cream is a lovely polychrome cream/peach/pink blend that is wonderfully formed with very open, quite flat flowers. The plant shows fast increase, but can take two years to establish well. The foliage is registered semi-evergreen, but has behaved more as a hardy evergreen in my garden. It shows adequate frost tolerance during late spring freezes. While the scapes are short, it is lovely in the front of a bed or border and it has thrown offspring for me that are taller when mated to taller cultivars.


Gleber’s Top Cream is fertile both ways and is a useful breeder. It is a good partner to cross with individuals of the Substantial Evidence family line where its fairly flat flower combines very nicely with the very flat flowers of the Substantial Evidence family line. The flower of Gleber’s Top Cream seems to be on a melon base and in my experience it throws clean colored offspring in a range of pastel colors. I have also gotten some beautifully clean colored red seedlings from it when crossed with red cultivars. 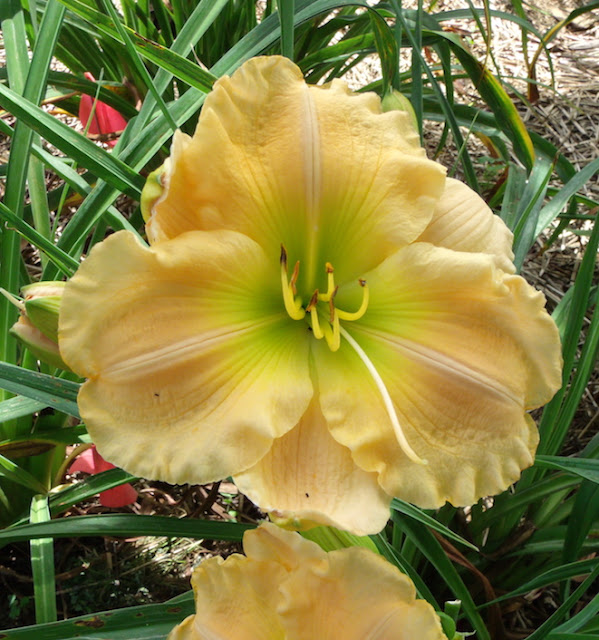 Gleber’s Top Cream has been very rust resistant for me, only showing a slight bit of rust in 2014. It has also been evaluated in testing programs such as the Arkansas Rust Survey from 2001/2002, where it was also noted to show very high resistance. I have also found it to have excellent breeding value for rust resistance, especially when bred to other very resistant cultivars. 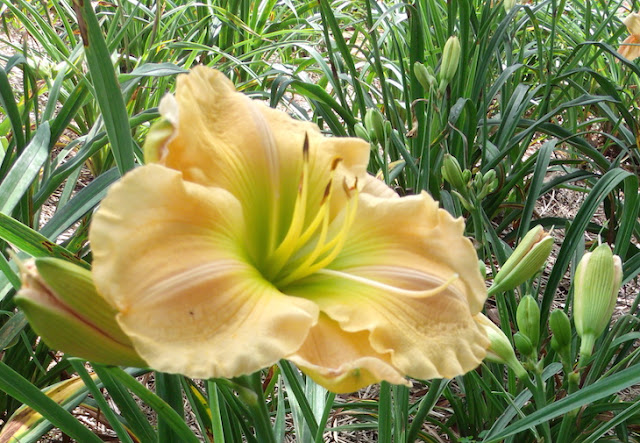