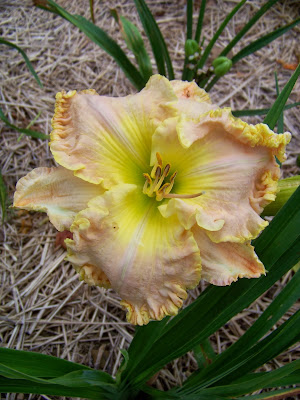 Clean Slate is a beautiful flower and a good plant. It is my favorite of all the Ida’s Braid offspring I have grown. I was given my start of Clean Slate by James Spencer of Tennessee in the fall of 2012 when I was making a concerted effort to obtain information on rust resistant stock. It has been a very good cultivar and I can’t thank Jim enough for sharing it with me. 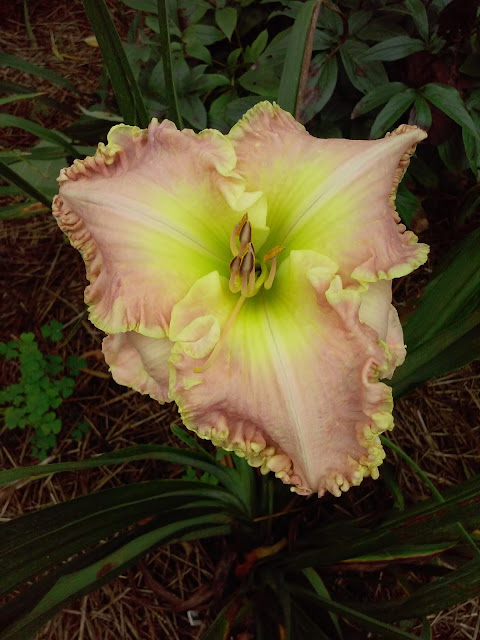 The flower is lovely and is a very pink-lavender, slightly darker in the morning and lighter in the evening. The edging is a fine yellow pie crust, but is also quite ruffled as well. Even the sepals show some ruffling and slight crusting, and it breeds seedlings with nice ruffling and/or pie crusting, even when it is crossed to plants that show little to no ruffling in the flowers. There are slight ridges coming out of the throat and I have crossed it with relief cultivars and seen relief in some of the seedlings.

The plant is a fast grower, increases well and establishes quickly after division. The foliage is attractive and while it is an evergreen, it has been very hardy here, not decreasing in fan count even in the extremely harsh winters of 2013/2014 and 2014/2015. As it was bred in Homestead, Florida (south of Miami) it is hardy throughout the south and up to zone 6. I do not know how far north it is hardy. I don’t know if Jamie Gossard has grown it outdoors or strictly as a greenhouse breeding plant. Its very good winter performance here will likely mean it can live in lower zones, but without any reports, I can’t say for certain. 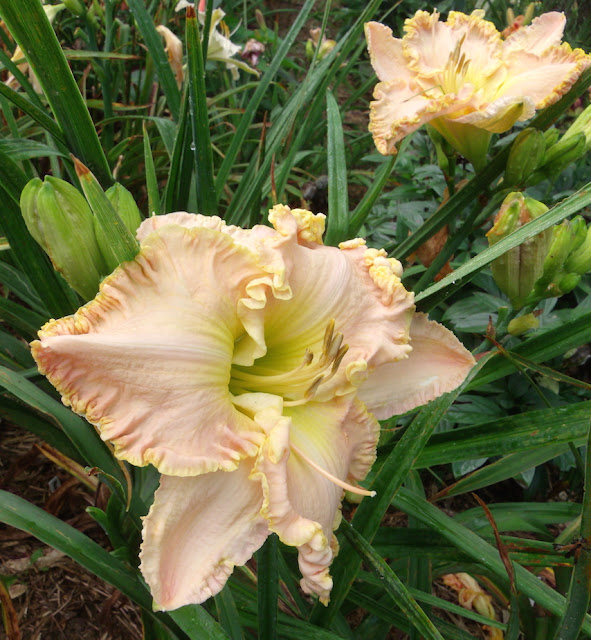 The plant was named Clean Slate by Matthew Kaskel because of its high rust resistance - it was a clean slate to start over with in his pursuit of rust resistance breeding. The plant has been very rust resistant here and has shown good breeding value for rust resistance in my own experience when combined with other cultivars that show some resistance. It is typically highly resistant and shows no rust, though I did see some rust on it in the summer/fall of 2015, perhaps due to a strain of rust it has lesser resistance to, an environmental variable or both. It has been useful for me in breeding both rust resistance and fancy flowers. I believe it can be an important breeder for doing just that in other programs.
Posted by Brian Reeder at 3:52 PM