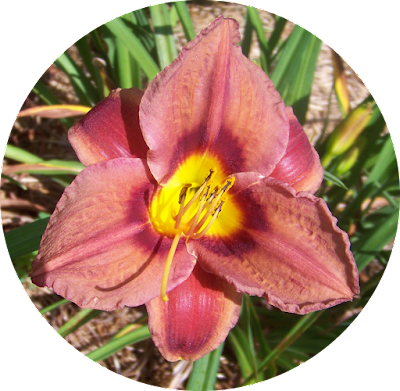 Chocolate Dude is an interesting little cultivar. It is a good warm brown color, a reverse bicolor, with darker sepals with a pale edge and lighter petals that have a rich burgundy band on the petals and shows good substance. However, the flower does not open as fully as I generally prefer, except in rather hot weather. It is a senescent (dormant) that goes nearly fully underground in my garden in winter. The foliage is nice, not stunning, but also not ugly, and can breed better foliage. It is a fast increaser that establishes quickly in the garden.


Chocolate Dude is very pollen fertile, but has been only moderately pod fertile for me. However, the pod seedlings from Chocolate Dude have been nice. Chocolate Dude also shows high rust resistance in my garden, and has through all five years of screening, though I don’t have any other reports on this one from other gardens. 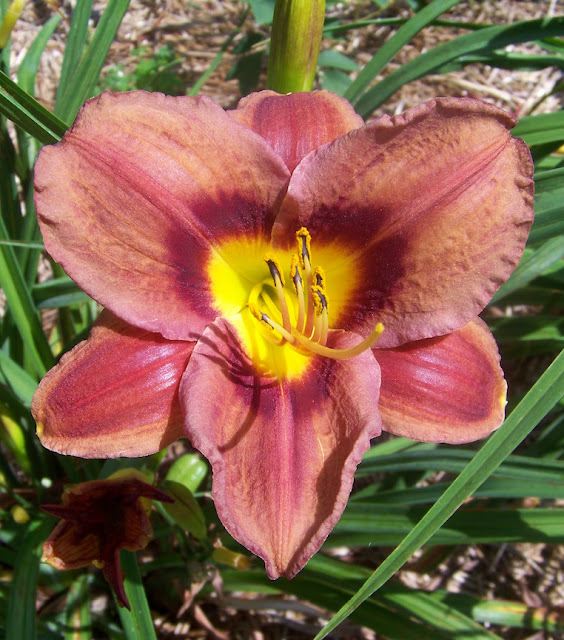 In my experience, Chocolate Dude shows good breeding value for rust resistance and brown coloring. I have also produced some interesting purple seedlings and an amazing orange seedling or two from it. Linda Michaels produced the very interesting Gotta Hobbit (which I grow and love) with Chocolate Dude as one parent. Paired with a wide-opening flowered partner, there are many seedlings that open more widely than Chocolate Dude. Of all the brown tetraploids I have tried, this one is the best for breeding brown flowers and for breeding rust resistance in a brown-flowered line.